E.R. Arroyo is the author of YA dystopian series, Antius Ascending, and co-founder/owner of Band of Dystopian Authors and Fans, a Facebook community, blog, and company that champions dystopian, apocalyptic, and post-apocalyptic fiction. E.R. is passionate about books, music, and her family, and she loves to talk shop with other authors and with her readers.

ER: Thanks so much for having me on THE KATY!

How did you decide to become an author? Any books, movie, or people that inspired you to pursue your dream?

ER: It was a strange, roundabout series of events, honestly. I got into screenwriting back in 2008-ish and pursued that for a number of years. I’m a huge movie fan so it made sense at the time. In late 2011, I began reading ebooks while on a treadmill at Planet Fitness and in no time, I was devouring books for, really, the first time in my life. (I was a slow reader growing up and it caused me a great deal of stress, resulting in only reading what was required for most of my life, never reading for pleasure.) With my newfound love of fiction, my writing began to make a natural progression into prose. I wrote a short story for a competition, based on a dream I’d woken up gushing over. My mentor convinced me to turn it into a novel. That story became the opening sequence of Sovereign. 🙂

Are you self-published or traditionally published? Why did you choose to go that route?

ER: I’m self-published. I pursued agents and publishers for a short while before I committed to the indie route. A lot of what I was hearing at the time was that dystopian was a dead genre so far publishing houses were concerned. So I decided to go it alone!

Are you a plotter or a panster?

ER: I’m a pretty detailed plotter. I use something called the Snowflake Method, though I have modified it a little to suit me. When I’m writing short stories, I’m far worse at pre-planning. I usually have the plot kind-of worked out in my head for shorts, but not detailed and I usually don’t write any of it out.

What draws you to writing in the Dystopian genre?

ER: When I was starting out, I was obsessively reading dystopian, so it was just the kind of frame of mind I was in when the story came to me. I love post-apocalyptic and dystopian, but it’s not the only thing I’ll ever write.

I enjoy writing dystopian because I get to make up the rules, create a world that’s similar to our own and rooted in reality, yet operates completely differently than what we know today. I like exploring human nature (good and bad) in scenarios I’ve never and will never have a chance to actually witness.

What does the Band of Dystopian Authors and Fans group on Facebook mean to you?

ER: Band of Dystopian is a tribe. We’ve created a space (and I mean we as in BOD at large, not just myself and Cheer) where we can fly our freak flags, enjoy offbeat stuff, and totally geek out with no fear or inhibition. These people GET each other, and have a common interest that bonds us. And we just really enjoy having a good time together and finding great new books to read (or movies or shows to watch)! It’s an incredible source of pride for Cheer and myself to witness what BOD has become, especially that it’s such a happy place where people love to be.

Tell us about Cori. Even though she lives in a place full of rules, she follows her own path. Where did the idea for Cori or Sovereign come about?

ER: Sovereign was the result of a dream about the wing-stunt in the first chapter. The character was surrounded by lots of concrete, the whole imagery of it was dull, oppressive. All I knew was she was trying to escape. The rest just kind of built on from there.

Do any of your characters represent you as a whole or someone you know? Or are they qualities you admire in others?

ER: The main character, Cori, was indeed the result of… well, me. She’s like me in many ways, some being her tomboy-ish-ness, her struggle to be vulnerable and express emotion, and even her hypersensitivity to being touched. I am a person who has a lot of resolve. Once I make up my mind, I don’t waver – and I think Cori is like that as well most of the time. Also, like me, her opinions are strong ones. In contrast, she’s all the parts of me I wish were more dominant. I’d like to be braver. More physically capable like her. I’m certain we share flaws as well.

What’s your favorite genre to read/watch?

ER: I love young adult! Dystopian, apoc, post-apoc, contemporary, teen romance, sci-fi… Favorite? I’d hate to narrow down too much further than speculative fiction! (But really, I don’t like fantasy, so I would exclude that. I lean far more science fiction.) So my favorite is YA! lol

Do you have an advice for aspiring writers?

ER: Yes. SLOW THE BUS DOWN. There may be a number of contributing factors, like our instant-gratification society along with the fact that it has become so easy to publish your own work, but it seems people feel like, 1 – they HAVE to publish the first thing they ever write (which they don’t), and 2 – they need to publish it ASAP. Revising a novel should be a patient, deliberate process. PATIENCE, young grasshoppers! Also, maybe find a mentor if you can! Maybe tackle some short stories first. Enter some contests or submit to anthologies. Learn and grow. Learn and grow. And never stop. 🙂

Tell us about your audiobook that was just released! I’m so excited for you.

ER: Yeah! Sovereign, the novel, was released a few years ago, but I’ve just released the audiobook version, narrated by Corinne Bupp. It’s been an awesome experience and a blast hearing the book come to life. Corinne did a great job!

ER: I’m finishing up a short story for an anthology called The Doomsday Chronicles, which I’m super excited about. The Chronicles family is doing awesome, wonderful things in the short fiction business. After that, I have two half-written stories in the Antius Ascending Series (Sovereign prequels) that I plan to finish up as soon as I can! I can’t wait to finish the series and put it all out there for my readers.

ER: Yes! Band of Dystopian is hosting a release party for my audiobook Friday, December 11th from 7-9 CST! We’ll be giving away audiobooks, ebooks, and swag. Sure to be a great time!

Thank you for joining me on THE KATY today, ER! 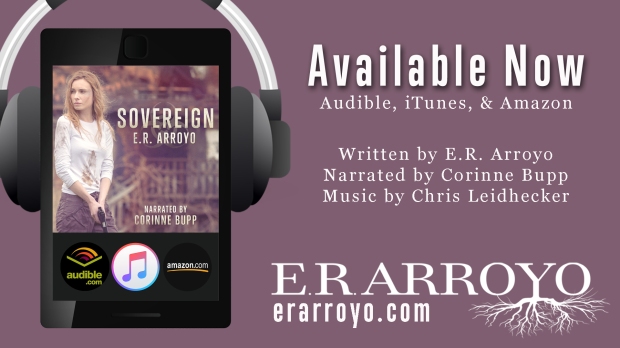 Chemical warfare has obliterated most of the world, including America, and the survivors have turned into feral beasts, save one colony, Antius, the last remnant of civilization. Seventeen-year-old Cori (aka Citizen 1206) only longs for wide open spaces and freedom. But Antius has no use for such things, just mindless drones to serve in a place with walls, fences, and laws – a lot of laws, which Cori constantly breaks. So she’s spent years plotting her escape, which is the only thing that will save her from the colony’s deranged leader, Nathan. She isn’t looking to be a hero, and she certainly isn’t looking to fall in love, but she just might do both.

Story synopsis (copied from Amazon): Zombies have killed everyone in the Benton household–all except twenty-something Jennifer. She’s escaped her bedroom, but what now? Waterbank, Illinois is overrun. Where can she go? 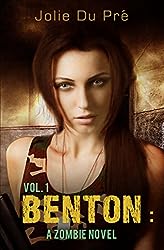 A chance encounter with seven other young survivors points her toward Texas. A charismatic, handsome young man named Mark says he can lead them all to his family’s ranch. He’s sure they’ll be safe there. Jennifer wants to trust him, with her life and possibly her heart.
There’s no place else to go, there’s no way to escape the zombies but through, and there’s no telling if Jennifer and Mark will live long enough to act on the emotion building between them.

This will be my second audio book that I’ve reviewed. Ever. The first was Warm Bodies, which I only gave a short review on Goodreads, I believe. I am still working out a system for reviewing, but for now I’m going to wing it!

General audio book thoughts: I liked the voice actor’s tone. She was able to be different characters without distracting me from the storyline and was very easy to understand. Plus, I love the way she pronounces the author’s name, Jolie du Pre. Beautiful! Also, since I was “reading” an audio book, I was able to do mindless tasks at work AND read a book. Win-win.

However, I have a feeling that since I was listening to this book instead of reading it, I had a hard time connecting to the budding romance between Jennifer and Mark. It was there and I listened to the story, but I think I would’ve liked to read it as a normal text and imagine their interactions in my own way instead of how the voice actor portrayed them. I can’t say for sure, because I haven’t read the printed version, but I’d like to think that because I genuinely enjoyed the rest of the story.

The main character, Jennifer, is spunky and good with a gun, but still vulnerable. I think in her situation, I would need to hope to find a band of roaming psychologists to get me through that sort of trauma.

This book has zombies, action, twists and turns. It was a very entertaining read!

Cover review: This has nothing to do with the plot or quality of the audio book, but as a graphic designer I feel the need to look at design. I personally do not like when a books cover has a model on the cover that shows every detail of what he or she looks like. When I read, I like to be able to form this image of the characters in my mind, even if the author explains their appearance in detail. Again, personal preference. Many people may like to see exactly what the character looks like on the cover. I am just not one of them (I have a few exceptions, but I can’t think of them at the moment).

Thank you for reading!

Search for posts on THE KATY 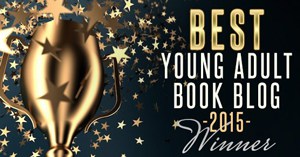 THE KATY was given an award for one of the best YA book blogs of 2015!

JOIN ME IN UTOPiA